Your Book as Film: Wooing Hollywood 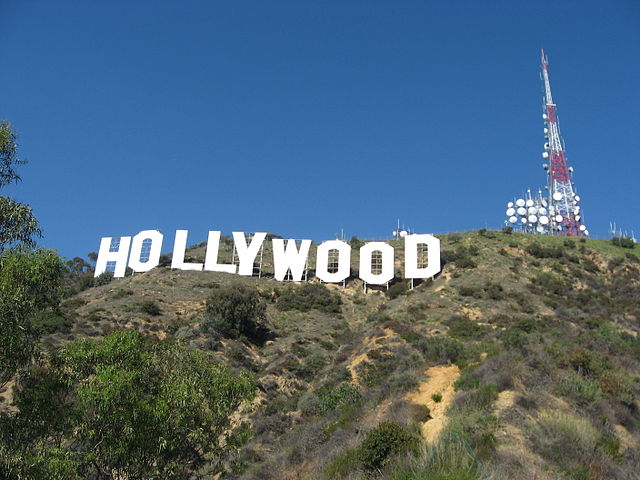 It may seem like the majority of recent films are based on books. While it’s true that some of the biggest blockbusters in recent years are adapted from books, the ratio of all published books to those made into films is a much smaller number—it’s less than 1% .* But you are an awesome writer and your book has exactly what Hollywood wants, right? Let’s discuss some things Hollywood looks for when choosing whether or not to option a book (if you’re unsure of what “optioning” is, don’t worry, we’ll address that soon).

Compelling characters: One of the hardest things to get right in fiction (and narrative nonfiction) is a character readers/viewers really care about. The story, writing, and stakes can be great, but if the reader doesn’t care about the characters, there’s no emotional involvement, and interest wanes. Every good story—whether book, film, or book-to-film—will have a strong main character to whom the audience can relate and care about. The character could be someone who reminds the audience of themselves, or someone they are close to, like family members, friends, or neighbors, and/or the character must be incredibly fresh and intriguing. And that compelling main character must have clear goals that are achievable but not without equally compelling stakes to oppose them (more on this below). The audience wants to see the character overcome obstacles because it gives them hope that they can achieve their own real-life goals and avoid disastrous consequences despite seemingly insurmountable odds.

High Concept: Additionally, the story must be something viewers haven’t seen a dozen times before (unless we’re talking Die Hard  fans). Few stories are completely new, but most stories that hit the big screen these days do require a fresh angle—what the industry calls “high concept.”

Structure: Your story must also have a strong narrative structure, meaning the character has an established goal and reasons for wanting to achieve it. If the writer has already created a character that the audience cares about, then the character also needs a goal that the audience will cheer on to achieve. The character sets off in pursuit of this goal with an inciting incident, which is “The Moment” where everything changes—the action starts, and there is no going back. No good pursuit is without conflicts, so the story should be wrought with them, including an antagonist who the audience loves to hate.

Scenes and Dialogue: In films, both protagonists and antagonists are given scenes and dialogue, and in order for a Hollywood producer’s eye to be turned, both must be memorable in your book. Stories are brought to life by images written so well that the audience utilizes all five senses when reading them; in film, those senses are brought to life even more. Unforgettable dialogue makes a character stand out and in some cases even leads to coined phrases that become a permanent part of society (“Frankly, my dear, I don’t give a damn,” said the infamous Rhett Butler).

Wrapping Up: Viewers watch and re-watch films to live vicariously through characters. You can assume that most of the general public doesn’t really want a high-stakes scandal or a tormented romance in real life, but for a few hundred pages or the next few hours, these stories serve as great escapes and give the audience clues how to emotionally and psychologically survive their own day-to-day obstacles. So aim for a story that will get people talking—whether about the darker true-to-life issues hidden beneath the surface or the amazing world and conflict you’ve cooked up.

Your book has all of this? Great – let’s move on to the business side of adapting books to films.

The Business End of Things

So once your book is done, how does it make it to the movies? Literary agents don’t typically submit your book to Hollywood. They are, of course, mainly concerned with submitting to publishers. However, once a publisher is signed, film rights can be negotiated if the literary agent feels it’s a worthwhile pursuit. Normally this is done by the literary agent securing a film agent. (Big agencies have departments dedicated to film options, but smaller agencies usually do not.) The literary agent pitches to film agents in the hope that one will acquire it.

Next, the film agent will submit it to producers, directors, and actors. If the book is optioned—meaning the producer has exclusive rights to make it into a film—it will then be waiting on screenwriters, actors, and many of the others before it gets made into a film. After being optioned, the average time it takes to see your story on the big screen is five to ten years (yes, you’ve seen that process “warp-sped” for mega best-seller books, but those are usually the exception to every rule). A book for film is typically optioned only for twelve to eighteen months and then requires a renewal option; this actually isn’t a bad thing since the author gets paid for each renewal whether your book is actually made into a movie or not. The downside is that the more it “just” gets renewed, the longer it takes to be made into a movie.

If your agent doesn’t pursue film rights or doesn’t pursue them as aggressively as you hoped (because he/she’s not quite as confident as you that it’s the next blockbuster), remember that you’re trying to sell a book  first. Your agent knows your book  is fantastic, and that’s what he/she specializes in. In some cases the book might make for an awesome read but may not be a good fit for film (even great books have made lousy films or required massive changes to the story to make them sing as cinema).

What signs can you (probably) bank on in terms of seeing your story on screen? Cross your fingers with faith if your book:

The other way increase your odds? Assuming your story’s a good fit for film, thank your lucky stars if you happen to know someone  in the film industry. Isn’t that the Hollywood way?

*Gardner, Rachelle. “The Legend of the Movie Deal,” Books and Such Literary Management (blog), September 30, 2014.

Story: Substance, Structure, Style, and the Principles of Screenwriting  by Robert McKee (the bible for creating tension—and almost as voluminous as the Bible)

“The Legend of the Movie Deal” (an agent discussing the process)

Lindsay Flanagan recently graduated with her master of arts in English and creative writing. Lindsay has been an intern at Eschler Editing since December 2014. She writes YA fantasy novels and poetry, and she blogs about books, rock concerts, and the ups and downs of being a mommy on her blog, The Calligrapher’s Ink.