3 Tips for Writing the Perfect Man 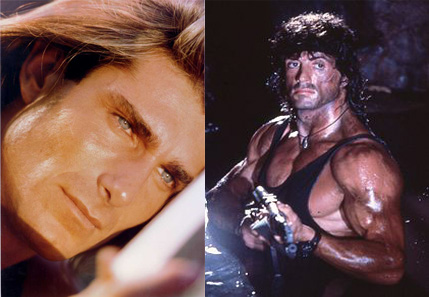 The perfect man is only found in fiction. Right? Well, no. The perfect man doesn’t exist, even in fiction. “Perfect” characters are made of cardboard—rigid and flat rather than well-rounded and multi-dimensional. They don’t have flaws and quirks that a reader can grab hold of and relate to or become fascinated with. There is nothing about a cardboard lead that hooks the reader into getting to know him.

The most intriguing characters are fascinating, complicated, and flawed yet compelling (or appalling, if that’s your aim). Heathcliff had a terrible temper, Rochester was moody and unpredictable, and Darcy was haughty and vain. However, these male characters have stayed with readers because of those very traits—traits that made them memorable and that allowed for complexity, since underneath those flaws lay additional traits readers could relate to.

Goals to Aim For

This is only the beginning of writing a good male character, though. In order to find out who he really is, you need to get inside him—you need to find out what his hopes and fears are, what his likes and dislikes are, what motivates him and what pushes him away. And if you’re a female writer, you have to do this without giving him a female brain. If you’re a male writer, you have to do this without turning your female readers off.

Overall, your male character needs to be everything any good character is: interesting, captivating, and believable. He must have something uniquely human about him that makes your reader want to cheer for him—or, if he’s the bad guy, that makes your reader want to root against him. If he is a romantic character, he should have flaws and blemishes; if he is a suspense character (or a villain), he shouldn’t be brazen all of the time. Show all of his sides throughout your novel; even villains have fears.

How to Find Your Man

All of this might seem overwhelming or difficult, so try the following to wrap your brain around strategies for building your male character:

The Ordinary Can Be Extraordinary

Writing an intriguing male character doesn’t mean writing the man who is, as a colleague of mine stated, “an amazing lord of all things” (Ballew-Bishop). Another colleague stated that characters who are ordinary—not the best looking or the strongest, either emotionally or physically—who are placed in extraordinary situations are the most compelling (Bradley). Therefore, you should do the unexpected, too. Write your male characters so they stand out, apart from the stereotypical males who are either too perfect in looks and actions or too brash and unsympathetic.

If you’re a woman, and getting your male lead right still sounds a bit daunting, remember this: all of the above-named male characters were written by women. Harry Potter, arguably the most successful series of all time—about a boy in various stages of growing up—was written by a woman. Not only did J. K. Rowling write Harry well, she wrote Severus Snape—who is, in my opinion, one of the most complicated, flawed, and fascinating male hero-villains in literature. Additionally, he was a best friend and could have been a romantic interest. 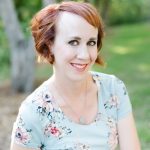 Lindsay Flanagan earned Master of Arts in English and Creative Writing and spent over a decade working in higher education before becoming a freelance editor for Eschler Editing in 2014, where she conducts editorial consultations with authors, provides individual editing services, markets at writing conferences, and assists with social media campaigns. In 2018, sh joined the team at Immortal Works as an in-house editor and member of the acquisitions team.