The other day I was sitting in a critique session as the words show, don’t tell  went off like sirens about my latest submission. This wasn’t the first time I’d heard those words, nor—I’m certain—will it be the last. But they did get me thinking. If I showed as much as everyone there that day wanted me to, my first chapter could have been an entire novella on its own. So what was I supposed to show? Learning to show isn’t just about the HOW of it; you also need to know WHEN to show and when to tell.

But before you can figure that  out, you have to know how to differentiate between the two. Here’s one of the best definitions I’ve heard on the subject: showing  lets the reader infer what is happening by becoming one with the scene, whereas telling  gives the reader the facts without any unnecessary images.

Showing is a way of writing your story so that the reader falls into your book and becomes immersed in your character, setting, and story. The most important place to show in your writing is when an event or scene is actually moving the story forward. If an item is critical to the story, the reader must see it, feel it, live it. You also want to show items that will emotionally stimulate your reader. The important thing when showing is to remember that showing doesn’t always involve more words (although one of the simplest ways to show is by adding description). Here are five tips to take your showing to the next level.

1. Use Strong Language: I’m not talking about writing a book that couldn’t get a PG rating. The words you use can show what is going on in a scene. For example, instead of having your character simply walk into a room, have him saunter, traipse, or stride. Each word gives a different emotion to your character’s mood and shows that mood to your reader.

2. What You Talkin’ About? Dialogue is a great way to show rather than tell. Your reader will become more engaged with your characters when they are talking to each other. They show how they are feeling by the things they say, not through your description of how they say it (such as said, screamed, cried, or whispered). Your characters should avoid telling through what they say (see the maid and butler dialogue below), but you can show your readers a whole new side of your hero or villain by using powerful and interesting dialogue—perfecting your character’s voice, perspective, tone, relationship dynamics, etc.

3. Don’t be Senseless: Using your five senses is a great way to show and not tell. Make sure to avoid using the actual words see, hear, taste, smell, and feel. Instead, opt to add strong words into the scene (see tip 1), like detailing textures, scents, noises.

4. It’s All in the Details: The more details and facts you give, the more the reader will be drawn into the scene and feel she is really there. Suddenly she sees (or is shown) what is going on and not just told.

The metal slide, which just an hour ago had been the plank of a pirate ship and the means to scale the castle tower, now stood abandoned by the throng of kids seeking refuge from the mid-day sun beneath the jungle gym’s peeling timbers.

It was a hot day at the park.

5. Use Great Metaphors: Using a great metaphor can show the reader insight into the situation and also show what type of personality your character has. If the character is into astronomy, metaphors will deal with stars and quarks and black holes. If the character is into music, metaphors might deal with instruments, crescendos, and favorite rock bands. Either way, you show  what type of things your character cares about. Whatever you do, avoid clichés. If you need help writing a great metaphor, check out this article.

When NOT to Show

You’re well on your way to showing not telling, but remember this: there is a time and a place for showing and for telling. If your story is made up of nothing but detailed purple prose, your reader is bound to get bored—after all, he’s there for the story. Variety is the spice of life. And just like you can keep your story interesting by changing up your sentence styles and structures, you can do the same thing by switching from showing to telling. Here are a few red flags to watch for when determining when to tell instead of show.

1. Maid and Butler Dialogue: This term refers to dialogue that is thrown in just to get a certain point (or information) across, but it’s not anything your characters would ever really say to each other. A good example is when characters are conveying plot points, reveals, and comments about the setting/world to each other which they already know, so wouldn’t naturally share in such a way. It can also be better to tell (not show) when your characters’ dialogue is becoming mundane (like discussing the weather).

2. Transitions: If all you are trying to do is get from one action scene to the next, telling is okay. For instance, if going from the planning stage of the robbery to the actual bank doesn’t involve critical plot details, the reader doesn’t need to know what car the robbers are driving or which roads the robbers took to get to the bank. Only include such info if those details will be important later on. Transitions between scenes are definitely a good place where saying something like They drove to the bank  is perfectly fine.

3. The Dreaded Adjective: When showing becomes an excuse to see how many adjectives you can use to describe the family car, it’s time to determine if showing is the best idea. If you’re showing right, those kinds of adjectives will not come up. But if you find yourself having a big, old, inexpensive, red car, then maybe you should say that it’s the family beater, and let the readers imagine the details.

Bonus Insights! For more details on when to show versus tell, and especially how to do telling right (so it’s not boring, doesn’t compromise your voice, and moves the story along in a meaningful way), see our article “To Sum or Not to Sum” here.

Your Turn: I’ve told you how to show and when to tell, but to really see how it works, pick up books by your favorite authors and see how they do it. Some of our favorites for well-balanced showing are Shannon Hale, Dean Koontz, Maggie Stiefvater, and Laini Taylor.

Who do you think is a master of showing and telling, and what have you learned from those authors? Share with us, and then share this article! 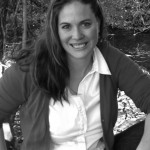