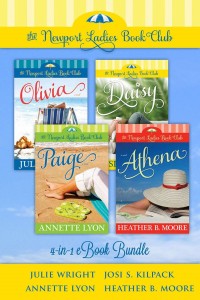 Which Do You Mean to Write?

Okay, while that may sound like a bad episode of WWE, romance and women’s fiction are two genres that seem to cross each other’s lines and consequently appear muddy and interchangeable to many authors. But they are very distinct genres and you need to be able to spot the differences so you can hit the mark when looking to publish or find an agent in either.

A bit vague, if you ask me. That could include anything from memoirs about women to science fiction featuring a woman’s journey to the stars. Luckily, publishers and agents for both romance and women’s fiction have clear ideas what the genres include and what they don’t. And more luckily, we’ve culled all that info so you don’t have to look it up!

Traditionally, if your book contains a woman who falls in love with a man, you might have a romance. However, publishers and readers of romance have a couple very particular requirements for a book to be labeled a true romance.

1. The relationship between the man and the woman must be the central conflict. If the whole premise of the book is the couple working through obstacles and coming together, then it is a romance. Books with a love story as a subplot, no matter how important, are not classified as romances.

2. They must have a happy ending. This is non-negotiable. The relationship must end with them riding, metaphorically of course, off into the sunset to live out their days together in bliss. Readers want that happy ending when they crack the cover, and if you don’t deliver it, you don’t have a romance.

3. Other elements that romance readers often expect can include an exotic setting, glamorous characters often in high-powered jobs or positions, and lots of tension. They want to escape into the fantasy of this relationship.

Confusion over determining whether a book is a romance or not comes from the fact that many genres have romantic subplots (most adventure stories have a romantic subplot, for instance). And many romances can include subplots from other genres (romances with a little mystery thrown in, for example). “Romance” can cover anything from paranormal relationships, like in Stephanie Meyer’s Twilight, to historical love stories that sweep across nations or time. And finally, there are also many official subgenres of romance, where the setting or culture (or one unique story element) are key to the romantic dilemma—everything from western to gothic to gay/lesbian to erotica—and each of these subgenres has clear conventions that must be met for reader satisfaction. And note, if it’s not a happy ending, but the romance is key, you may have a “love story,” which is a different category. (See the first few comments at the end of this post for a discussion about that genre—think Nicholas Sparks.) You can read about the many different romantic subgenres in Writer’s Digest’s subgenre descriptions list. (Bonus: Scroll down the page to find subgenres of other major book genres!)

The genre covers a vast audience with varied tastes, and has grown a lot since its initial stereotype of bodice rippers. Today’s contemporary romances often feature the modern woman’s struggle to find love while juggling her career and other aspirations. Also, romances don’t have to be about a young woman finding Mister Right. They can even be about a married couple trying to rekindle their dying love or about finding love again after a divorce or death. The genre is open to a wide variety of plot arcs that span from YA to adult relationships. No matter which path your romance takes, remember to keep the relationship (and the happy ending) front and center.

Romance is the highest-selling genre and (in addition to this genre further exploding due to ebooks) it is often produced in mass market paperbacks that are cheaper to produce and more affordable for the romance aficionado (who can be known to “buy in bulk,” as it were, and quickly cycle through new offerings. Mass market are the smaller books that can easily fit in a purse. The paper quality is sometimes cheaper than that of trade paperback, which usually have the same dimension and features of their hardcover counterparts. This may or may not be a drawback for you, but it is something to keep in mind when considering a publishing contract. Many bestselling authors, including Nicholas Sparks, have mass market editions of their trade paperback versions—an option that may produce a wider readership.

Other than the Wikipedia description, pinning down a definition for this genre can sometimes be difficult. Scott Eagen, owner of Greyhaus Literary, explained it as the genre “that shows the female journey…”

A reader of this genre, according to Eagen, wants to “be able to relate to the character and understand her own life.” The protagonists can have varied age ranges, but the plot’s central focus must be on the female character’s life and the things she learns about herself and her place in the world.

Women’s fiction settings can either be contemporary, dealing with today’s issues, historical, or both—say, a multigenerational saga that follows the women of a particular family, much like Roots or Mama Day. Wherever or whenever the book may be set, a woman, her changes and emotional development, must be the thing that makes readers turn pages. The woman’s journey, not merely having a female protagonist, is key to determining whether or not a book is women’s fiction.

There are no rules on whether or not only women can write women’s fiction (consider Memoirs of a Geisha, written by Arthur Golden), or what age your protagonist has to be, but it must allow women to relate to it in some way that touches their lives. This might be the loss of a loved one, dealing with aging in a culture that values youth, the issue of not having (or not being able to have) children, a failing marriage or lack of deep relationships, or lack of rights, etc. No matter what issue the character faces, or whether the book’s ending is happy or induces tears, women readers want a story that takes them on a deep emotional journey and touches their hearts.

Another interesting note is that women’s fiction, unlike romance, doesn’t require a happy ending. Jo Jo Moyes’s Me Before You is an excellent example of a bittersweet ending that can often be found in women’s fiction. It also showcases the genre’s ability to spark conversations about controversial issues, which is why many women’s fiction books can also be classified as book club fiction.

This is a trade term used for books that are often more literary in nature, meaning the focus is on the art of the prose and delving into complex issues, but the works are short enough to be read in a month. Much book club fiction sets out to challenge the reader’s assumptions or worldviews, hence leading to reader transformation (or frustration) and animated discussions at club. They lead to valuable discussions, often facilitated by questions in the back, and expand the reader’s understanding of her, sometimes even his, world.

Some women’s fiction is also labeled as commercial fiction, which can lead to some confusion. This means the book adheres to a common story structure model, i.e. the three-act structure, and has a definite plot arc with a decisive conclusion similar to more general fiction genres like thriller or romance. In other words, it doesn’t experiment with story form.

Other women’s fiction titles can fall more on the literary side, which means they explore the character’s story through complex prose choices and narrative patterns that don’t follow the typical plot arcs or structure like non-linear or greatly extended timelines that you won’t see in most mass market fiction).

We know—lots to consider for both writers of romance and women’s fiction. Don’t be afraid to add elements from both genres to deepen the romance, or add a little love to your protagonist’s struggle to find herself. And, remember, an emotional journey is what the readers of both genres crave most. Provide this, and they’ll keep turning those pages.

Evaluate the following to determine what genre your book falls into and for help finding the right agent/publisher.

1. Read a lot in the different genres  to determine what is resonating with today’s female audience (see below for some suggested titles in both genres). Look at the covers and back blurbs to see how they target their key audiences. There may be some crossovers since both are, ultimately, targeted toward women, but you should be able to note the differences in the angle for each genre.

2. Look at your book’s main emotional draw. Is it the relationship? Or is it the woman’s journey? If you have trouble determining this, write a logline (a brief sentence) that encapsulates your novel’s main storyline.

3. Evaluate how your book ends. If your main conflict centers on a romantic relationship and you meant to write a romance, but the ending is bittersweet, consider revaluating. How can you end it happily? Or how can you strengthen the women’s emotional journey and move the relationship to a subplot or even eliminate it if her story is the one you really want to tell?

4. Evaluate the style of your prose. If you focus more on the beauty of the language or adopt a unique narrative style, such as a nonlinear plot, you might want to look for an agent/editor who specializes in literary fiction. Keep in mind your book will still need to include a woman’s emotional journey to be considered women’s fiction.

5. Find a reader of the genre your novel falls under. Have him or her beta read for your book; ask if your book delivers the key emotional aspects expected, and then strengthen those that fall a bit flat to deliver the best emotional punch possible. (Check out our evaluation services if you want quick, professional feedback on which angle would make your story strongest and most marketable.)

6. Check out this helpful post on women’s fiction and romance.

Waiting on You by Kristan Higgins (Also, check out If You Only Knew for an example of blending elements of both genres.)

Pride and Prejudice by Jane Austen

The Notebook by Nicholas Sparks

Me Before You by Jojo Moyes

Here’s to Us by Elin Hilderbrand

Heart of the Matter by Emily Giffin

The Help by Kathryn Stockett

The Signature of All Things by Elizabeth Gilbert (literary fiction)

Eat, Pray, Love by Elizabeth Gilbert (Technically a memoir, but memoirs often read like fiction and make great book club selections; reading memoir is also a good way to get a handle on what topics—and approaches to those topics—are making waves in the women’s book market.)

Your Turn: What’s the number one tip you got from this article—any breakthroughs in how to shift your novel in the direction you most want? Or, if you’re reading either genre, we’d love to know what you’re reading and why you love it—so other writers can take note of what resonates! 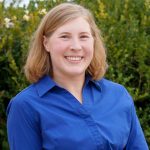 Marla Buttars is an intern for Eschler Editing. She joined the team at the end of 2015. Long before that, in a galaxy far away, she earned a degree in English literature and published a handful of articles no one ever read. She recently returned to school to study editing and writing so that someone other than her husband will want to read her stuff. When not dodging her toddler and housework, she reads, writes make-believe stories, and gets lost in the world of research.