How to Date an Agent: Characters to Fall in Love With

How to Date an Agent:

Characters to Fall in Love With

By Heidi Brockbank, with Angela Eschler

“I adored everything about your plot, setting, and writing!  . . . I just didn’t fall in love with your main character.”

You’re sick of hearing that same old line. And what does “I didn’t fall in love with your main character” even mean? 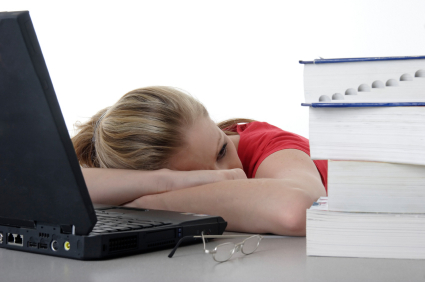 Don’t stress yourself yet.  Your main character is likely breaking three major dating rules that turn agents off.

What?  You didn’t know that characters “dated” agents, publishers, and readers?  They do.  And like any good prospect, they have to entice, engage, and make your reader feel something.  Here are 3 rules for wooing agents with your characters.

3 (Character) Rules of Wooing an Agent

1. Stop making excuses and being passive. Nobody likes a pity party.

Your character doesn’t grip her dilemma by the horns and drag it through every scene she can.  This makes her boring.  The most memorable characters—the ones that grip us and keep us engrossed in the tale—are those that take action, even in the most impossible of circumstances.

Your example: In the classic A Town Like Alice by Nevil Shute, the main character, Jean Paget, is a young Englishwoman captured by the Japanese and forced to endure a death march through Malaysia in World War II. Many in her group face their captivity with passiveness, often dying rather than fighting to survive. Jean takes the opposite approach, always looking for ways to act upon her circumstances. When the soldier guarding the prisoners dies, Jean makes a deal with the Muslim leader of a local village. She even travels to the Japanese headquarters and convinces them to agree to her plan. Talk about being proactive—all despite being imprisoned!

In short: Don’t give your characters excuses for passivity. If you put them in a corner, don’t let them whine and waffle for long. Within a few paragraphs (of their “real time”), see if they can figure a way out.

2. Make drama happen—right here, right now (think teenage love—the worse the lovers treat each other, the more entangled they get).

Your character can’t be proactive without circumstances that require her to get our of her comfort zone—make decisions and take action.  As the author, you must create miserable situations for your characters. Back them into those corners. Take away all their options, and then see what they do.  If they hang back, as any of us would, give them a nudge that forces their hand.

For instance: Sophie, the main character in Howl’s Moving Castle, by Diana Wynne Jones, is resigned to leading a dull life working in the family hat shop while her sisters go off on adventures. Then the author makes something happen—he has Sophie turned into an old lady by a witch. What’s disastrous for Sophie is a great opportunity for developing her character. Now she has a choice: to resign herself to her fate, or take action, which she does. She is compelled to leave her boring situation and the mild conflict it created for something much bigger. Now she has possibilities—not all good, but at least not boring.

In short: If you are slightly bored with the choices and options before your character (think of her choices like potential dates), your reader is really bored. Put your protagonist in bad situations, which force bad choices (because there is no good choice), which create worse situations, and so on. She can make a good choice here and there, but make one consequence of that good choice an unexpected disaster.

3. Act instead of react—don’t let your character get stuck in a stale relationship with your story.

This is a biggie—a mistake editors and agents see a lot. Running away, fighting back in the defensive, observing a lot of “interesting” things, being shocked and dismayed at what she’s discovering about her world, parents, friends, etc., all has its place in a novel. But those moments and scenes should be in the minority and consist of brevity. If the first 3rd of the book feels thematically redundant in terms of character development—she just keeps discovering horrible things about the utopia she thought she lived in, but doesn’t swiftly make up her mind about what to do—the reader is moving to Yawnsville.

An example to look to: In Brandon Sanderson’s Elantris, the protagonist Raoden is consigned to a hellacious immortality, imprisoned in a magic city stripped of its powers, in a body that can’t heal but can’t die, and at the mercy of a curse. Raoden doesn’t simply react to his circumstances by giving in to despair, fighting back from a corner, or waiting for rescue. He sets out to create a new society, sowing the seeds of rebellion one person at a time. He does this even though he realizes that at any moment, he may succumb to the curse and end up mentally incapacitated.

In short: Consider each scene. Is your character’s reaction 1) an expected one, and 2) the main gist of that scene? Do you have quite a few scenes where there’s mostly reacting (i.e., running away, emotional responses with no quick-coming decisions to change things, fighting back, hiding, waiting for help, etc.) rather than unexpected action? Take action so your character can. Abbreviate or eliminate many such scenes and replace or enhance them with unexpected actions your character is going to take to control her own destiny—or die trying.

Creating proactive characters gives you tangible benefits. It ups the interest factor, propels the plot forward, and cranks the tension in your story. In short, it’s kind of like starting a crazy relationship that will give any reader the lip-biting jitters.

1. So grab your manuscript, right now. Take a look at your main characters. Get tough on them.

How can you make their circumstances so bad they don’t have time to cry or whine and are forced into making an unsafe decision? What is the most unexpected choice they can make when they are out of options—cross everything off your list the reader might be expecting. Make sure it’s a proactive choice rather than a passive one.

2. Check out our articles on male and female characterization for more ideas on building compelling characters, and the choices they face, from the ground up.

Do this, and the next agent your characters meet will find themselves head over heels.