How to Avoid Clichés and Bad Metaphors 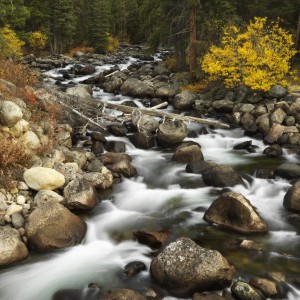 Her Words Flowed Like a … Tar Stream? How to Avoid Clichés but Not Exchange Them for Bad Metaphors

with Heidi Brockbank and Sabine Berlin

Skilled use of figurative language can take your writing from mundane to magical. It can’t replace well-thought-out plots, empathetic characters, and dialogue that packs a punch—or any other elements of strong writing that make a great story—but a book without figurative language feels a bit like a bare room. The structural engineering may be in place, but it’s not a home.

Innately sensing this, many authors dive into figurative and flowery language with no idea of the effect their words are creating. Their language doesn’t match the tone, pacing, or mood of the scene or, worse, it hinders the very concept over which they are waxing poetic and pulls a reader right out of the book. In an attempt to supply lovely language, newbie writers either default to clichés, or try so hard to avoid them they end up with something worse—bad metaphors and similes. The last thing you want is someone tweeting your bad metaphor or publicly mocking it on Goodreads.

To ensure a non-embarrassing use of metaphors/similes (meaning those that do not annoy or unintentionally amuse the reader), you’ll want to understand some things about their proper purpose. They can have many values depending upon the genre and your intentions:

Primarily, however, metaphors and similes need to enhance communication by helping the reader call on the experience of something familiar to help them understand something less familiar.

Metaphors are more than just pretty prose that makes your book all flowery and charmingly delightful. A metaphor is a symbol, a way of mixing two unlike things to create a common thought. It should reveal something about the idea/scene, not obscure it in grandiloquent verbosity. (This is also one reason clichés get a bad rap, because they’ve become so common we just pass them over and they don’t reveal anything—or add to the text in a meaningful way). When creating fresh metaphors, make sure that:

“[She did others’ wash and picked cotton] so that her children didn’t have to live on welfare alone, so that one of them could climb up her backbone and escape the poverty and hopelessness that ringed them, free and clean.” (xii prologue, emphasis added)

It works because the image of the backbone is related to the idea at hand: A) She literally did give her back in cotton picking (because it’s back-breaking work) in order to make enough money to build a future for her boys. B) Her sacrifices/determination figuratively could have been her core strength—similar to a backbone). C) Her sons ascended in life only because of her sacrifices, so they could figuratively climb up via their mother.

The emotional effect is that the reader gains some clarity on what it’s like to try to rise from poverty, an experience that would be very hard to convey in few words without a metaphor.

Here’s an example of a metaphor that doesn’t work:

“Her broken heart felt like getting smacked with the trunk of a cottonwood tree over and over.”

The problem here, when we’re talking about losing a true love, is: A) It is not tightly related to the idea of a broken heart. A broken heart is painful, and does physically feel like your heart being crushed, but it is not quite the pain of being whacked repeatedly with a tree trunk (particularly not a cottonwood, specifically). The relationship idea is not naturally connected. B) The image itself is so strange that we focus on that rather than the idea it should express—why a trunk and not a branch, why a cottonwood and not an olive tree, etc.? It doesn’t clarify or enlighten the reader as to the depths of a broken heart; it’s just confusing. C) It doesn’t—hopefully—draw on an experience the reader has any familiarity with, so they cannot use the knowledge of the tree-beating to help them understand a broken heart (if they’ve never had one).*

Similes are like the less intimidating cousin to the metaphor. They don’t need to be as deep and complete in their connection to the idea you’re highlighting. They just need to paint a picture that delights the mind’s eye and yet are not inappropriate for the idea expressed, i.e., there should be a visual connection between the idea/scene and the image, but they don’t need to have layers of connected meaning.

This simile is interesting and takes our mind to the image in a fresh way where we’ll notice and muse on it. It emphasizes the unique way dolphins appear out of the water and it conveys tone (or a feeling) in a way that connects us to the experience of the narrator. It puts us in the scene—we vicariously experience it. But it isn’t necessarily layered with meaning. Given the authors’ goals for setting and tone there, imagine the mental picture you would have if they had said, “Dolphins popping from the water like beach balls.” It gives us the picture of dolphins, but not the tone / mood we’re looking for.

Take-home message: A good metaphor should draw on an image or event the reader already has familiarity with (or can easily imagine) in order to bring understanding to the idea you are trying to elucidate.

*(In defense of our tree-trunk metaphor, it might accurately describe a different kind of heartbreak, say, the aggravating and grinding pain of opening your hundredth rejection letter when you know your story is truly awesome, or perhaps the ongoing daily disappointment of scrambling to respond to each email ping, only to discover it’s not your agent with good news…. But don’t worry. Soon enough you’ll have a metaphor crafted that describes the ecstasy that follows such agony.)

Let’s hear from you! Do you have a favorite metaphor or simile you’ve read or written? Share it with us! Also, check out the comments below for great ideas including those regarding extended metaphors that are used throughout an entire work.