Coming of Age: Writing for MG, YA, NA 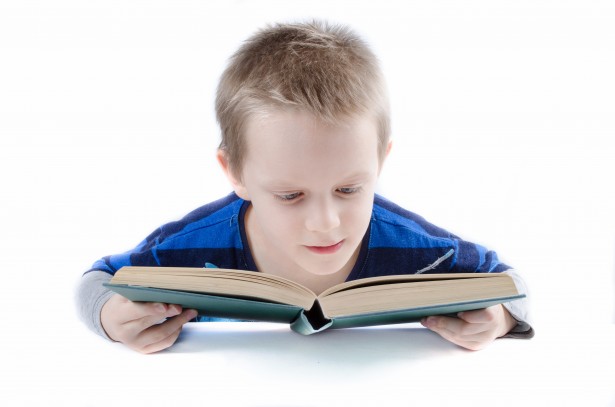 by Sabine Berlin, with Angela Eschler

It started with a boy wizard, it grew with a vegetarian vampire, and it continued to explode with a girl on fire. Sprinkled in among the dark lords, werewolves, and districts was a magical forest behind Grandpa’s house and a school for the half-blood children of Greek gods. Since the early 2000s, books for kids have taken a dramatic turn right into the hearts of young and old alike. As the children/youth book market keeps growing, more and more authors are finding that creating a young protagonist opens a whole new world for their storytelling. So how do you know into which genre your main character fits? Is your protagonist a bold and daring Middle Grader, an adventurous Young Adult, or has your character slipped into the newest category and become a brave New Adult?

It isn’t always easy to know into which category your character fits. A lot of it has to do with age, but theme plays a big role as well. When Brandon Sanderson wrote the Alcatraz

series, his protagonist was originally 15, but when the book was published, the age was lowered to 13 because of the themes and content; thus a perfect set of books for Middle Grade readers was born. (A book may be shelved at the bookstore according to the age of the protagonist—over age 12 often moves from the children’s section to YA—so choose the age and themes wisely.) Then there are series in which the protagonist morphs from one age to another: Harry Potter

started out as a Middle Grader (MG) and eventually joined the ranks of Young Adult (YA). Most teenagers belong to the YA world, but once they leave high school they start to jump ship into the sea of New Adults (NA). So while it may be easy to remember that a 10-year-old protagonist is MG, a 15-year-old is most likely YA, and a 20-year-old has definitely hit NA, there is still some murky ground in between.

A general rule of thumb is that your protagonist or narrator will be two years older than your main group of readers. (This is when we’re talking about books written for children;  The Curious Incident of the Dog in the Night-Time

or The Night Rainbow

are not really books for kids, no matter how young the narrators. Obviously the themes are more geared toward adult interests.) Depending on the agent or editor to whom you are talking, the following numbers may shift slightly in either direction, but for the most part this guide will get you where you want to go.

Middle Grade: One of the best definitions of MG books I’ve ever heard was on a Writing Excuses podcast: They noted that MG books are those a teacher or librarian gives to a kid, rather than ones kids buy for themselves. This is one of the reasons that MG and even some YA books are not necessarily a great fit for self-publishing. Kids at this age are not going to buy an ebook for themselves, and most school libraries don’t stock self-published books. (If you’re not sure if your book is better off being self- or traditionally published, check out our article on traditional vs. self-publishing.)

MG books can range anywhere from Diary of a Wimpy Kid

to Percy Jackson & the Olympians.

They are usually for readers 8 to 13 who are ready to jump away from chapter books and really start exploring their world. There are little to no romantic subplots in these books, and they usually find the protagonist going on some type of quest to save the world. Think the Farworld

series by J. Scott Savage or even a contemporary quest like in R. J. Palacio’s Wonder

The average word count for MG ranges from low picture book end at about 20K to higher MG at about 50K.

Young Adult: YA books are usually for readers 13 to 18. These books are all about discovering who you are in the world. Most of the time the teen protagonist is on his or her own or with friends; family is not as prevalent in this journey. While MG is about saving the establishment and keeping the world around the characters from changing, YA is about breaking the establishment down, fighting against it, and starting something. Katniss wants to stop the Hunger Games

, Tris wants to break free from the factions

. The Fault in Our Stars

explores rebellion against terminal illness. YA books need to have teen voice and appeal to that market’s interests and mindset.

Teens are interested in themselves and their world. This is one of the reasons there’s a lot of first-person narrative in YA. A lot of YA also takes place in school, as this is a big part of a teenager’s life. You will find more school-related stories in YA than in MG.

The average length for YA will be between 50K and 80K words.

New Adult: NA is a fresh and upcoming category that is still working on an exact definition. The basic ages for this category are late teens (18+) to early 20s. It explores the theme of becoming an adult. Here you will find stories about moving out for the first time, going away to college, and learning how to survive in the big, bad world. At this stage in the game you are going to find a lot more sex than in YA (although YA nowadays has its fair amount); even though romance is currently driving the sales in this category, don’t think NA is just about sex. It is about self-development, becoming the adult you want to be, and finding your way in the world. A great example is Losing It

Agent Kathleen Rushall does a great job of sifting NA from YA:

In a sense, New Adult is similar to YA in that it can cross subject matter, but whatever the plot, it’s defined by general themes of what the characters are going through. … Where in YA we find characters trying to find their place in the world while still struggling with restrictions or being under someone or something’s control (be it parents, guardians, the government, etc.), NA is a step beyond that age. Generally, NA focuses on characters that are free from those kinds of restrictions for the first time in their lives. They are finding their path, whether it’s experiencing love, experimenting with something in a way they haven’t before, discovering a career path, or leaving home for the first time. NA is all about beginnings and the challenges that can bring.”

These books are about the same length as YA, though they can be slightly longer, just like certain YA can. Generally, NA comes in at 55K to 85K words.

A key consideration: If you are a new author (unsold/no strong sales numbers), you are much more likely to sell  to a publisher (and get an agent) if you stay within the word counts above for each category, and if you avoid exploring the crossover gray areas between categories. For instance, it’s much harder to sell a book for tweens than one that is clearly for middle graders or young adults (in terms of character age and themes matching perfectly). You will often see authors of series characters successfully explore these in-between places, but solid sales and a built-in audience support that. Newbie authors almost always have to jump through hoops before they can break “rules.” You may see exceptions out there, but don’t count on  being one if your goal is to be successfully published as soon as possible. For breaking into kidlit, write something solidly marketable, make a name for yourself, and then  the sky’s the limit.

Once you choose your protagonist’s age and the core story you want to tell, there are a few tips to remember when writing, as an adult, for children and teens.

These are just a few tips to get you started. In a week we’ll talk about the next step in writing for kids (and any age reader!)—coming up with ideas that sell, or what agents call “high-concept” ideas. We’ll define what they are so you can tailor them for kids. Remember, books for children are all about exciting ideas, whether it’s discovering a hidden world in the wardrobe or the hidden world of a college campus. Popular MG, YA, and NA books offer a wide range of concepts kids are excited to explore, whether it’s hope, mystery, courage, or charm—ideas that sometimes, as adults, we find ourselves turning hard and cynical toward. Franz Kafka said:

Dave Wolverton describes this quality in kids as “wonder,” arguing they are drawn to books that fill them with awe. Whether your book is being read by a spunky teenager in New York or a middle-aged mom in New Mexico, let your story be beautiful, let it be filled with wonder, let it come of age.

Get yourself in a younger mindset by trying the following tips.

Your Turn: Have a great tip on finding voice for young readers? Share it with us! Do you have a favorite MG/YA/NA book to recommend? We would love to know what you (and your kids) are reading right now.