How to Add Humor to Your Book 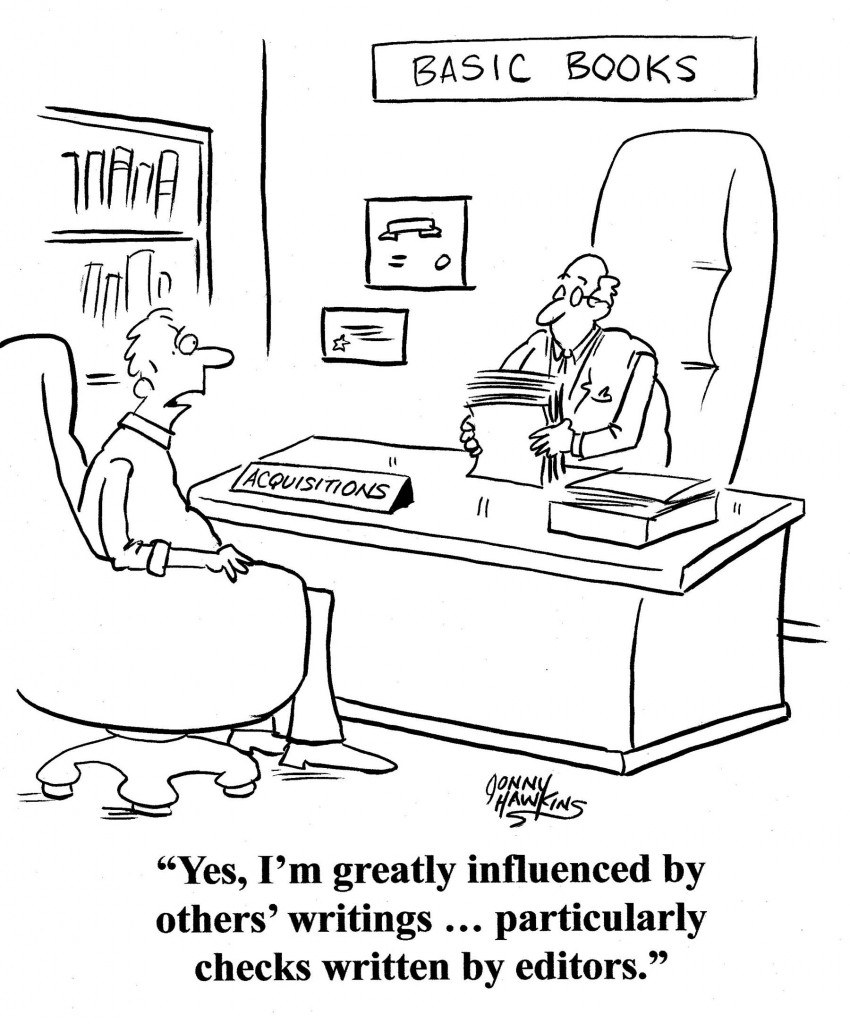 Humor has a place in every genre, even if you’re not writing comedy. Using subtle humor can lighten weighty nonfiction topics and engage readers more. And more engaging books could mean more “checks written by editors.”

But comedy in writing is tricky because you can’t rely on your tone of voice or facial expressions to help readers know when you’re having fun with them. Because of this, sarcasm rarely works well in print, but there are a few proven tricks for adding humor to your writing.

Though you can’t rely on tone of voice, you can still use sound to bring humor to your writing. Words with K and G sounds are considered funniest. You can use this rule when naming things or in your word choices. Words that are funny to say out loud can bring a smile to readers’ faces. Brandon Sanderson uses this principle in his Steelheart series, with insults like slontze (funny to say) and curse words like calamity (K sound).

The Rule of Three

Comedians use something called the rule of three. They use it when they 1) set up a joke, 2) take it in a direction you expect, and 3) change course (the punchline). You present two ideas normally found together and then surprise readers with a third idea they aren’t expecting. Bringing in the unexpected keeps your readers engaged and interested. You can do this by creating a character who has two traits expected to be found together, then adding a third, unexpected trait.  (“She was tall. She was shapely. She was a giraffe.”) The rule of three follows this pattern: expected, expected, unexpected.

As a writer, you’ll likely spend some time working with metaphors. One way to add humor to your writing is to come up with a list of metaphors for something and then choose the most ridiculous one. But don’t overuse this trick or readers may think you’re just bad at metaphors. However, using this tool at key moments can add a bit of humor to your story, like Douglas Adams does in The Hitchhiker’s Guide to the Galaxy with the line, “The ships hung in the sky in much the same way that bricks don’t.” An unexpected metaphor that makes no sense at first (or ever, depending)—used by the right character, in the right spot, or with the right tone—can really make your audience tune in and connect. (Just make sure your off-beat metaphors are intentional, or you’ll have readers laughing at the wrong spots. For help on this, see our article on figurative language.)

Play with Your Words

Another way to use misdirection to add humor to your writing is to start with a cliché or well-known phrase and then change course by saying something readers aren’t expecting. Shannon Hale’s Austenland begins with a line from Pride & Prejudice: “It is a truth universally acknowledged . . .” Shannon then turns it around with: “. . . that a thirty-something woman in possession of a satisfying career and fabulous hairdo must be in want of very little.” The familiar line makes us expect one thing but leaves us surprised (and laughing!) when she delivers something else.

Nonfiction writers use humor with even the most serious subjects to help lighten the mood and keep readers reading. Humorous stories or plays on words work well in nonfiction. Unless the subject of your book is inherently funny, humor is best used as side, or parenthetical, information. Many nonfiction books include funny anecdotes or related cartoons in the sidebars or footnotes.

Unless you’re setting out to write a comedic novel, humor is best relegated to one of your characters. Give them humorous-sounding names, apply the rule of three to descriptions, and let your characters use humorous comparisons lest your readers think you are simply bad at metaphors. For most novels, humor should be used strategically and sparingly.

Humor is one of the best ways to connect with your readers. When you tickle their funny bone, it lightens the mood of the piece and allows them a moment to breathe, especially if your topic is heavy. But with all humor, just be certain you don’t cross the line and offend your readers—you want them to know you’re having fun with them, not making fun of them!

Emilee Newman Bowles was an intern at Eschler Editing. She is currently a college English instructor, freelance editor, and stay-at-home mom to three children. For her undergrad, she majored in reading as many books as possible (also known as English Literature) and later graduated with a master’s in writing from the Book Publishing Program at Portland State University. She blogs about books for children and young adults at www.tesseractbooks.com.